Media training can transform your ability to communicate

Media training can transform your ability to communicate 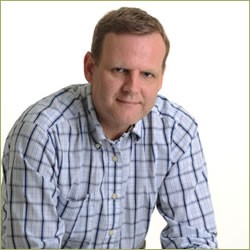 I start my media training by telling delegates that the lessons they’re about to learn will help them not just in media interviews but throughout their lives. Why? Because it’s ever more important to communicate short, sharp impactful messages that really stand out from the crowd – the very skills that media training teaches.

The two aspects of great media interviews are also the hallmarks of great communication generally: know what you want to say, and say it well. Consider the volume of information that passes in front of people every day of the year. The vast majority goes to waste, with people remembering and acting upon a tiny fraction of it – perhaps 1%. So for the person giving this information, or doing the communicating, that 1% must be the most important thing they want to say.

The simpler your message the better and it should require no interpretation – qualities that apply whether you’re selling widgets or explaining why people should vote for you. But a good message needs to be backed up by evidence. That’s where examples come in. Good human examples, with plenty of rich, colourful detail, are often the difference between a poor media interview and a good one – especially when backed up by a killer fact or statistic. Without them, people are left with an impressive-sounding but empty message. And their natural response is to say: “Yeah, right!”.

I once heard Peter Mandelson talking about this, and because his message was succinct and powerful, I remember it 15 years later word for word. “It’s only when you are sick to death of repeating the same message over and over again,” he said, “that your audience is just beginning to be receptive to it.”