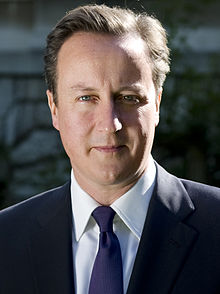 David Cameron used to give straight answers to straight questions, and it served him well. But in recent years, as Prime Minister, he’s developed a habit of dodging them, typically by answering the question he wished had been asked instead.

All this came back to haunt him last week with the Panama Papers row. On a visit to Birmingham, he was asked by Sky News: “Can you clarify for the record that you and your family have not derived any benefit in the past and will not in the future from the offshore Blairmore holdings fund mentioned in the Panama papers?”

Instead of answering this pertinent, if sensitive, question, Cameron gave an answer to a question that he would have preferred to have been asked instead: “What investments do you have?”.

In other words, Cameron dodged. And each time a politician does that he makes it that little bit harder for the public to trust him. In the worst case, he appears insincere, arrogant, untrustworthy and slippery.

There are two strategies a politician, or anyone else, can legitimately employ when asked a question by a journalist:

But instead of following either of these strategies, Cameron left the impression in the public imagination that there is something very underhand going on. Some might even get the impression that he’s some kind of tax cheat.

The truth is that he has done absolutely nothing wrong regarding his tax affairs. Nothing unethical, nothing illegal and no sharp practice. But because, as a politician, and perhaps egged on by his advisors, his knee-jerk reaction was to dodge the question, he comes out the loser.

An own goal if ever I saw one.

If a politician, whether Prime Minister or local councillor, is ever tempted to dodge a question, he should ask himself this: is he absolutely sure that portraying himself to be untrustworthy and slippery (the inevitable consequence of dodging) is less damaging to his reputation than simply answering the question openly and honestly?

Nine times out of ten, possibly ninety-nine times out of a hundred, politicians will be better served by just answering the question and then dealing with the consequences.