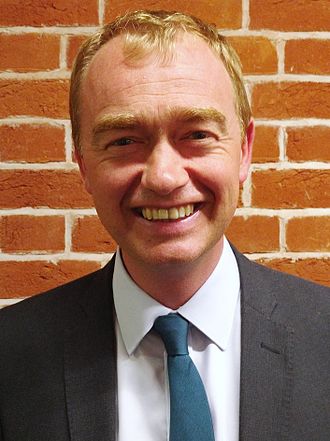 What sort of performer is LibDem leader Tim Farron?

What sort of performer is LibDem leader Tim Farron?

It shows how far the LibDems have fallen that their annual conference this week has passed most of us by. But even in a deep trough, the leader’s speech will always attract at least some attention, and Tim Farron did his very best this afternoon to show how the LibDems are still relevant and up for the fight.

The good news for him and his party is that there is a spectacular, gaping vacuum in the centre-left of British politics, as Jeremy Corbyn shunts Labour away from the centre. So, despite their current travails, the LibDems have a great opportunity to welcome disaffected Labour voters.

The trouble is, though, that Farron lacks the presence and authority of his immediate predecessors: Clegg, Kennedy, Ashdown and even Campbell. His public-speaking style, as my colleague Andrew Tidmarsh would say, is all bricks and no feathers, and his finger jabbing is way over-the-top. He bears an unfortunate resemblance to Niles Crane from the US sitcom Frasier, and some might find that emotional welling-up over his experience of working with refugees in Lesbos a little embarrassing (I can’t imagine any post-war Prime Minister doing that).

Farron certainly has some things going for him. He has passion, good comic timing (invaluable when taking on political opponents), and an obvious determination to get the LibDems back to respectability. He’s also, it seems, rather likeable, and conference seemed to approve of what he said.

But none of those things make up for a lack of gravitas, and that matters tremendously when you’re reaching out to voters.

So, on the evidence of this afternoon, the gaping hole at the heart of the Britain’s Left will have to be filled by someone else.