When a crisis is handled well the company involved can gain public sympathy, and any damage to its reputation and long-term business objectives can be minimised.

So well done Nick Varney, boss of Alton Towers, for his superb response to the crash last Tuesday on the inaptly named “Smiler” ride.

Varney’s Sky News interview was the best of the lot. In any crisis interview the spokesperson needs to demonstrate that the organisation:

The optional extra, depending on the nature of the interview, is to put the crisis in some sort of perspective.

Varney gets a big tick against all those objectives. He started with a heartfelt and I’m sure genuine expression of sympathy, and then gave a thorough explanation of what happened, a commitment to carry out an investigation and a gentle reminder (perspective) that fairground rides are generally very safe.

His best moment comes at just after the three-minute mark, when the Sky News presenter asks him about the hit that his company has taken on the stock exchange. Varney’s response was perfect: “You’ll forgive me if I’m not really focussed on the share price at the moment.” Quite right. In a crisis, particularly one in which innocent people have been seriously injured, or, in the worst case, killed, the organisation’s financial performance must be entirely ignored. All that matters is people.

As of Thursday morning the theme park remains shut, and I understand this is Varney’s decision. Right again. It’s inappropriate to re-open the theme park while blood, literally, lies on the ground. Get the investigation done first, and reimburse customers who have booked tickets.

As a result of Varney’s handling of this crisis so far, I would be more inclined to recommend Alton Towers to any friends and contacts who want to visit a theme park. That’s the best tribute I can pay to him and his team.

N.B. What a contrast with Thomas Cook’s handling of the tragic death of two children at a hotel in Corfu. Former Thomas Cook boss Manny Fontenla-Novoa even exercised his legal right not to answer questions put to him in court, when the parents of the dead children were there right in front of him. He also refused to apologise. Maybe that was legally a sensible thing to do. But it was a terrible thing to do on a human level. As I always say to my delegates on crisis training courses, following legal advice too closely, especially if it means you fail to do the right thing on a human level, can easily become the story. It seems that Thomas Cook fell into this trap. By setting to much store by its legal advice, wanting to protect itself against legal liability, it has lost the battle in the court of public opinion.

Body language: the link between Test cricket and media training 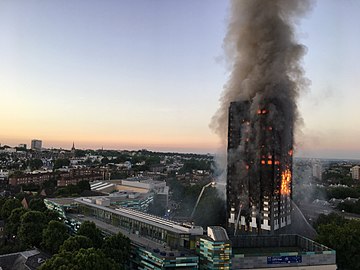 By all means listen to legal advice, but not at the exclusion of all else