In his recent book about his time as Deputy Prime Minister, Nick Clegg wrote that the average voter’s opinion of a particular politician is formed merely by a handful of “snapshots” over time – i.e. “crucial moments when people look up and register what a politician is saying.” Clegg went on to write that, “If you’re a skilled politician, the snapshots will cohere into a broadly positive sequence that depicts a clear narrative of who you are and what you’re trying to do.”

The trouble is, these snapshots are few and far between; maybe only one every year or so. And if they are negative, as Clegg admits they often were with him, the politician is in deep trouble.

So what about the snapshots of John Bercow, Speaker of the House of Commons? Well, if you look back over the last few years, the casual observer might recall that he narrowly survived an attempt to overthrow him in 2015, after which he smirked at his opponents. There’s also his wife, Sally Bercow, who seems to get herself into various scrapes, such as erroneously and libellously implying over Twitter that Lord McAlpine was a paedophile. Oh, and when he became speaker in 2009, he did so in spite of the fact that many on his own Conservative benches despised him, and he then spent thousands of pounds of taxpayers’ money refurbishing the Speaker’s residence.

That’s probably about it, frankly. Eight years in the office of Speaker and, in the public’s mind, fairly or not, that’s what it amounts to. Not a great narrative. 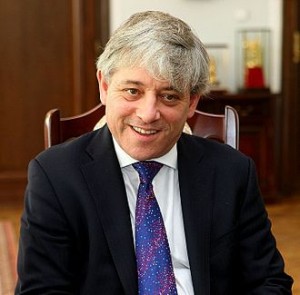 And now, this week, we get Bercow courting publicity, out of the blue, by telling MPs that he doesn’t want to invite President Trump into the Palace of Westminster during his upcoming State visit. Regardless of whether you agree with him about that or not (and you may well do so), the resulting headlines were largely about how he was challenging Theresa May’s authority, while undermining the neutrality of his office. In other words, it was, thought many, an unnecessary and self-indulgent intervention unbecoming of his position. It was also another negative snapshot.

During my lifetime, some Speakers have left their office with huge public respect and affection. George Thomas, Bernard Weatherill and Betty Boothroyd spring to mind. Yet it already seems unlikely that Bercow will achieve that same standing, or anything close to it.

In fact, it could be far worse. Bercow’s immediate predecessor, Michael Martin, resigned in disgrace, following his role in the expenses scandal. A period of relative silence, with no discernible snapshots at all, might prevent Bercow from suffering a similar fate.