The Class War campaigners who targeted Jacob Rees-Mogg’s young children last week created such a ghastly impression of themselves, and so engendered sympathy for Rees-Mogg, that I could almost believe that the Brexiteer Tories had staged it to boost their own cause. 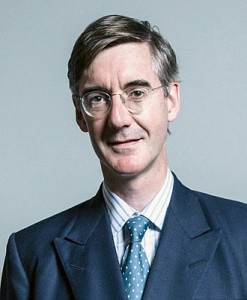 What it demonstrates, yet again, is that too many of Britain’s political activists on the extremes are unremittingly nasty and hateful. Or, to use MP Frank Field’s term, “thuggish”. Politics has never been an environment for those with thin skins. But it’s getting so much worse. Activists are lashing out like never before, in public meetings, reselection meetings and social media.

Yet, their hatefulness, far from attracting people to their cause, has the opposite effect. It encourages otherwise undecided voters, quietly and undemonstratively, to give more consideration to the person they are attacking, and his or her cause. Are angry, hate-filled people attractive? Are we drawn to them? Britain’s entire recent political history shows the reverse to be true. So does basic human psychology. And entry-level communications.

Until the activists on the extreme left (and extreme right, for that matter) stop demonising, condemning, threatening, insulting and intimidating, their future will look even bleaker than it is now.