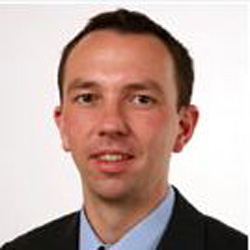 You will shortly do an interview on a subject about which people have strong, though not necessarily fixed, views. How do you win people over to your way of thinking?

An inexperienced interviewee (or an incompetent one) might immediately go on the attack, passionately and forcefully stating their case, and articulating the reasons why the counter argument is wrong. Such an approach might win cheers among those who already agree with this view, but is unlikely to win over the neutrals, still less those who support the counter argument.

In contrast, a capable interviewee, one with bags of emotional intelligence, knows that winning people over to your way of thinking is a three-step process – first, empathy with those who hold a different point of view, then finding the common ground, before finally communicating your case. Missing out those first two steps is like starting your car in fourth gear.

The power of this approach, in all forms of communication, was brought home to me this week during a fascinating conversation I had with two communication gurus – one specialising in writing for business (my colleague Chris Shevlin), and one in customer relations (Shona Copper of Mary Gober International).

Each of us uses a different technique, or formula, for helping our trainees communicate successfully when dealing with sensitive issues. Mine, for example, is “Address, Bridge, Communicate”. Chris’s is “Who, Do, Know”. But boiled down to their essential components, these techniques do exactly the same thing: they emphasise the importance of empathy with your audience.

And that means working with, not against, the grain of your audience’s emotions.