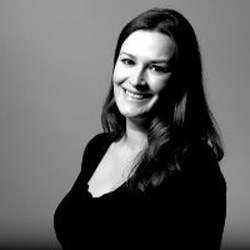 So much has changed in media production since I started out 14 years ago. For my first job as a reporter for Channel Television in Guernsey, we recorded everything onto tape on giant broadcast cameras – and it all had to be ingested in real time before we could edit. If the tape went missing, that was it: story over and job on the line

Looking back at my time reporting for GMTV, everything, in technical terms, was so archaic. We’d work through the night to get the latest interview from someone like Quentin Tarantino ready to go on-air at 6am. If the tape wasn’t back in time, the story couldn’t run.

Whenever we travelled abroad for a story, the entire crew would be on tenterhooks as tapes containing precious rushes went through security. To this day, I still don’t know whether it’s an urban TV myth that X-ray equipment wipes footage, or a tall story devised by news editors to make sure their precious cargo returned unharmed to the newsroom.

Yet, by the time I went to the Qatari desert to be part of the Al Jazeera launch team in 2006, things were changing rapidly. It was a privilege to be part of a global news phenomenon and the ethos of Al Jazeera was an important journalistic lesson for me. ‘Every side, every angle,’ and ‘looking from the inside out’. They were the Al Jazeera tag lines.

The ease and immediacy of working with tapeless kit and High Definition footage was exciting. This stood me in good stead when I hopped over the fence into the commercial world. As a producer who creates video content for clients, so much can be achieved now in half the time, without compromising quality. I used to work with separate specialists for lighting, sound, filming, editing and producing. Now it’s the norm to have smaller teams of multi-specialists, allowing organisations to embrace video as a powerful marketing tool. In the world of Instagram and YouTube, it pays for companies to keep up.

Be it sailing the high seas to film passengers stuck in Spain after the Icelandic volcano for a cruise ship company, filming a man pulling a double-decker bus with his hair for Guinness World Records or producing a compelling promotional video for a corporate client, there is never a dull moment in this creative industry. I am looking forward to what this year has to offer.