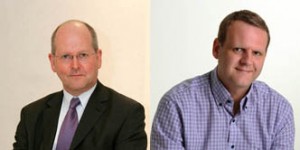 Robert Taylor recently interviewed RTC’s crisis expert, Martin Langford, about crisis preparedness and handling. This is how the conversation went:

Robert Taylor: So Martin, it was as long ago as 1990 when the Daily Telegraph, in recognition of your prowess as a crisis communicator, dubbed you “The Master of Disaster”. But when was the first crisis you handled?

RT: How do today’s crises differ from those in the ‘70s?

ML: Social media has had a big impact, mainly on the speed with which crises can develop. They now develop in minutes rather than hours or days. But social media doesn’t cause crises. It incubates them. It’s only when an issue becomes a national media story that it become a crisis, with real impact. Social media is important, but no less or more than any other channel. The classic example of social media being an inflamer of crises is Jeff Jarvis’ “Dell Hell” blog, about Dell’s service offer. That became a crisis for Dell, driven by social media. And Greenpeace laid into Nestlé by portraying a KitKat as the finger of an orang-utan, the Greenpeace message being that Nestlé destroys the environment in which orang-utans live. That crisis battle was fought entirely online.

RT: So how should companies prepare for crises?

ML: They need to communicate with every channel. They need a short but complete crisis plan that addresses all audiences – regulators, suppliers, customers, staff, investors and traditional and social media. Staff are often the most neglected audience in a crisis, yet they can be your most powerful advocates. During Johnson & Johnson’s Tylenol crisis – which I worked on and which is still a text-book case of how to manage a crisis – hundreds of J&J staff volunteered to be part of the sales force to get the product back on the shelves. They did so because they were treated well and involved throughout. However, if you don’t treat your staff well, and if you take them for granted, a crisis can lead to rapidly declining morale and plummeting productivity. Without your staff on side, a crisis can get a whole lot worse.

RT: How well equipped are big organisations to deal with crises?

ML: Most big organisations have a crisis plan and system, but too many rely on massive tomes — 130-page plans that are unusable when a crisis strikes. The culture of a company speaks loudly. One client I work with rightly believes that every one of its 85,000 employees should understand its crisis policy. The companies that are best prepared mandate that their crisis teams are retrained every year or 18 months.

RT: Even global companies often seem to be taken by surprise when a crisis hits. Why is that?

ML: Most companies are bad at establishing where their crises will come from. If they are an engineering company, they assume that their crisis will be engineering-related. In fact, crises can arise from extraordinary situations. For example, in 1974 the Hong Kong and China Gas Company was building a new gas pipeline across Hong Kong harbour and had to X-ray the welding on each section of the pipeline. However, the contract workers started worrying that the X-rays were making them sterile. Rather than talk to the management about the perceived problem, they went to the media. This became a huge issue in the Hong Kong Chinese media and just about brought the project to a standstill.

RT: What is the kind of investment organisations need to make in crisis preparedness?

ML: Clearly it depends on the size of the organisation, but they need to invest enough to put in place a vigorous crisis system, with a robust plan and training. The fundamental marker is good leadership. The best prepared organisations recognise the importance of crisis preparedness and have a strong instinct for where and how the organisation might be vulnerable.

RT: What are the best-handled crises you’ve ever seen or been involved in?

ML: The first has to be Tylenol, a painkilling drug which was contaminated with sodium cyanide by a madman and killed six people. Effectively, it was used as a murder weapon. Even though it happened 29 years ago, it’s still in all the text books as a case study of how to handle crisis communications well. Johnson & Johnson did all the right things. They recalled the product without delay. They involved their staff from the outset. They relaunched the product in a US-wide media conference that topped every news programme. Johnson & Johnson were rightly lauded for how well they handled the crisis, and they defied the predictions of so many marketing ‘experts’ that Tylenol could never recover from such an event.
The second is Peperami, a salami meat snack produced by Mattesson Walls, which was sold all over Britain. Unfortunately, a batch was rushed through production in Germany and still contained bugs, including salmonella, which infected lots of unsuspecting consumers. We advised a complete recall. They also agreed to an intensive communications campaign. Incredibly, when Peperami was back on the shelves, its market share increased by 14%, despite Sainsbury’s bringing in a competitor product in the meantime.  This showed the vital importance of vocal communication in a crisis. At all costs, you must resist the temptation to close up and keep your heads down – even though that may be your natural instinct. And frankly, you need spokespeople who are well briefed and genuinely care about the situation. It sounds trite, but a competent spokesperson – i.e. someone who comes across as warm and caring and concerned– is so important.

ML: BP’s Deepwater crisis. Everyone remembers Tony Hayward catastrophically declaring “I want my life back” on TV. But the problems ran far deeper than that one extremely unwise comment. From an engineering perspective, the company was incapable of capping a well in deep water. Why? Because of the crisis BP had no credit with any of its suppliers, so any supplies during the crisis had to be paid for by cash on delivery. It was a case of serial ineptitude, with all the hallmarks of how not to do it. No wonder BP’s share price fell by 60%.

RT: What are the typical mistakes that organisations make?

ML: The typical mistake is a failure to properly address issues, which means there’s nothing to stop those issues developing into crises. In fact, 75% of crises start out as issues that the organisation in question knows about, but often doesn’t act on. Only a minority of crises happen to the organisation with no prior warning signs. So the best thing companies can do is to study the issues that are affecting them and make sure they are properly managing them and communicating with all relevant  stakeholders. If they do that, they minimise the possibility of an issue developing into a crisis. I recently pointed out to a client that their last seven crises were of the company’s own making. Yet despite that, most companies are taken by surprise when crises occur.
As for the mistake organisations make during a crisis, it is typically that they that focus exclusively on external audiences, particularly the media. The media is vital, but so is every other stakeholder. Organisations need to focus on all audiences. Staff and regulators (who have the power to take  away your licence to operate) are too often neglected.

RT: And if you had one piece of advice for organisations?

ML: Have a 365-day-a-year crisis process that covers all regions where you operate. It should be a maximum of 10 pages in length and available in hard copy and electronically. Organisations must adopt an attitude of expecting crises to happen, and then train their people every year or 18 months. You don’t want your people learning about crisis management only when a real crisis happens. Training is vital.

RT: And if they don’t take crisis preparedness seriously?

ML: Their reputation – a massively valuable asset – is threatened. One mishandled crisis can destroy a reputation that has taken decades to build, and in some cases has destroyed the company.